TSUBASA+ is a real-world game in which TSUBASA+Players use the GPS on their mobile phones to create a real-world view of Yoichi Takahashi’s internationally popular manga “Captain Tsubasa,” which is loved by three generations of fans of every nationality.

In addition, in consideration of the restraints for social-distance in countries around the world, substantial at-home functions have been built-in. While at home, TSUBASA+Players can teleport freely across the map for a limited period, warp to meet other TSUBASA+Players in mutual follow status, and compete in a time-limited challenge match at a TSUBASA+Stadium where the TSUBASA+Players have checked-in just after the warp-move or immediately before their challenge match.

Andres Iniesta, a former member of the Spain National Football Team and currently playing for Vissel Kobe, has been appointed as the first official supporter of TSUBASA+. In commemoration of his inauguration, we proudly present our interview with Iniesta on the official TSUBASA+ website.

I’m personally very excited to be appointed as an official supporter. Captain Tsubasa has been my favorite series for a long time, and now I am able to be part of it here in Japan. I have been able to meet the author, Yoichi Takahashi, and the producers of the animation. Now TSUBASA+! This is more than a another game! Like the animation, it is about more than just football, but about the spirit of all sport. This not only helps us to understand the game, but also creates a sense of companionship. I feel that this app brings an innovation into the world. I myself would like to play against Ozora Tsubasa, Kojiro Hyaga, and Jun Misugi, and indeed along side them. This game is a true mixture of the real world and animation characters. I’m really happy to be part of this project and I wish it to be successful!
Andres Iniesta

We are now accepting Official TSUBASA+Supporters!

TSUBASA+ is now accepting Official TSUBASA+Supporters. Professional football players, sportsmen and women, celebrities or professional figures who have a verified badge account with Twitter or Instagram are warmly welcome.

Starting today, September *25* 2020, we are running a worldwide “pre-registration campaign.” This campaign allows fans to pre-register, and is open to all TSUBASA+Fans from all over the world including fans living in countries where the release dates have not yet been announced. TSUBASA+Fans who pre-register can earn in-game items at the start of the game. The more fans who pre-register, the higher the grade of items TSUBASA+Players can earn in the game. Please take this opportunity to register. 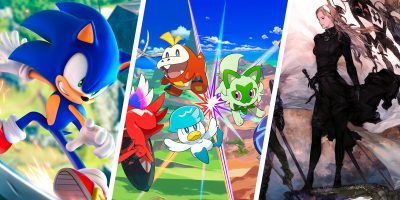 Voice of Cards: The Beasts of Burden – Recensione