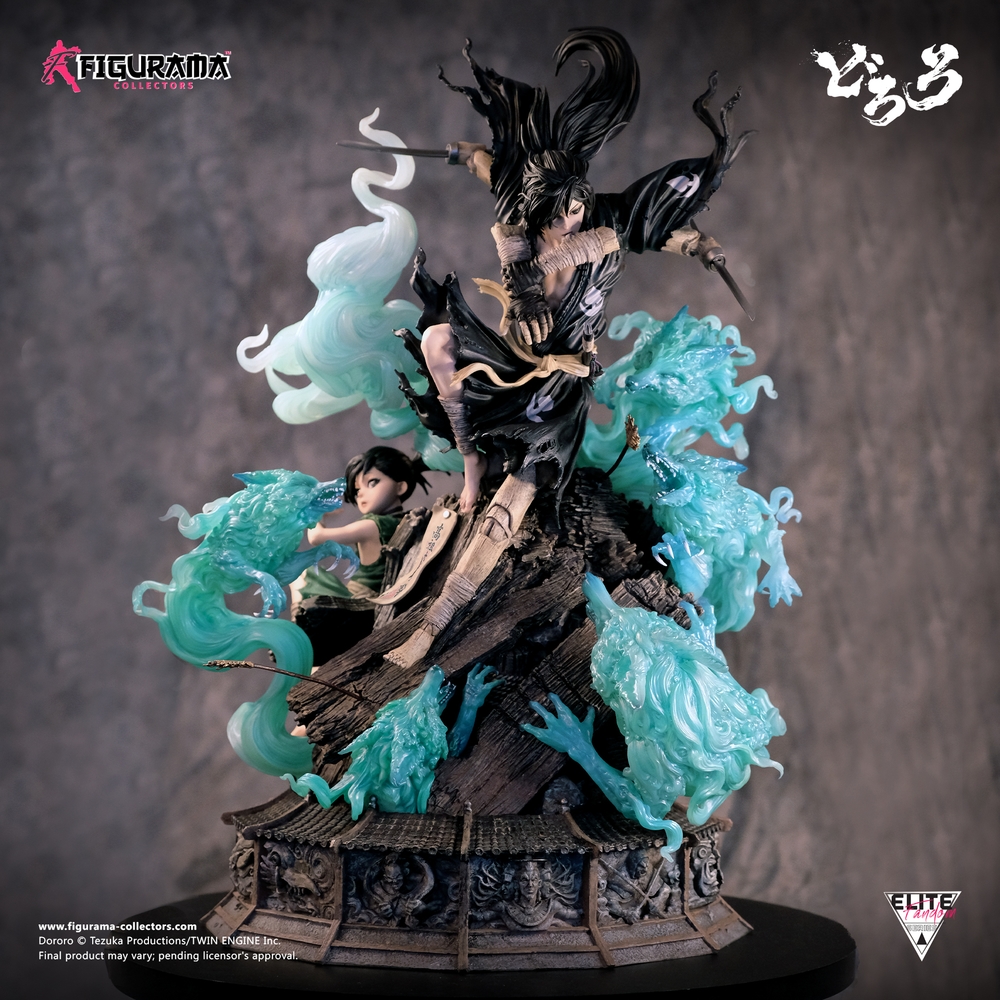 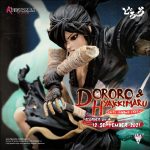 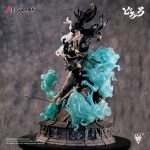 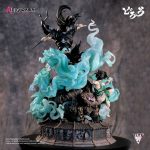 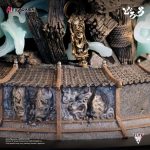 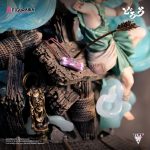 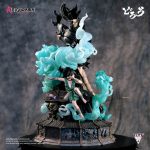 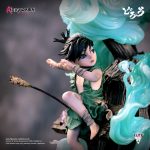 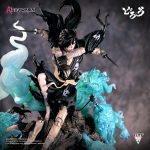 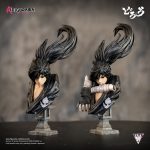 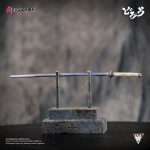 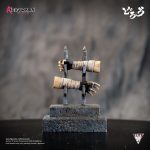 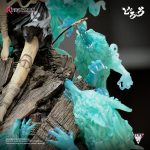 Dororo & Hyakkimaru Elite Fandom Statue debuts as the world’s first polystone collectible inspired by the 2019 anime adaptation of Osamu Tezuka’s legendary manga. As a special tribute to the story, Hyakkimaru’s prosthetic forearms are functionally engineered to slide off like they do in the anime, revealing the diecast metal blades mounted beneath. An alternative Hyakkimaru portrait complements this craftsmanship, portraying him holding the removed prosthetic arms with his teeth, as he bares his forearm blades or wields his interchangeable katana against the spirits of five predatory Kyubi.

Sculpted with woodblock-style accents, the translucent ghouls crawl from the wreckage of Banmon’s wall in a final act of retaliation. Hyakkimaru glides effortlessly along the crumbling boards penetrated by executionary arrows and scarred by the Kyubi’s deadly claws. Dodging safely behind a protective Hyakkimaru, Dororo hides alongside two significant Easter Eggs—the talisman bearing the Daigo family crest, which Hyakkimaru used to identify his father, and the headless Goddess of Mercy statue, which protected Hyakkimaru from being completely devoured at birth.

Masterfully crafted by historical-fantasy sculptor, James W. Cain, Dororo & Hyakkimaru Elite Fandom Statue is a showcase of Japanese artistic flourishes and details, from the textile of Hyakkimaru’s kimono to the Sengoku Period temple circling the base. The foundation of the statue contains miniature replicas of twelve demon idols found within the forbidden Hall of Hell, with six already destroyed, symbolizing Hyakkimaru’s quest to reclaim his body.

Dororo & Hyakkimaru Elite Fandom Statue is the first Figurama Collectors piece to include unique display stands for all swapouts, including both of Hyakkimaru’s prosthetic arms and his katana, as well as a bust stand for his interchangeable portrait. Every statue includes an exclusive art print and Certificate of Authenticity signed by Figurama Collectors CEO Mr. Shanab, 3D Artist James W. Cain, and Concept Artist Daniel Kamarudin.

Information about pricing and edition size will be revealed in the near future. Interested collectors are
encouraged to join the wish list to be notified when preorders open.

ABOUT FIGURAMA COLLECTORS: Figurama Collectors was born in 2015 from a lifelong passion for
Japanese anime and American comics. We cater to pop culture art connoisseurs with high standards.